Experienced advisors and tireless advocates for our clients. 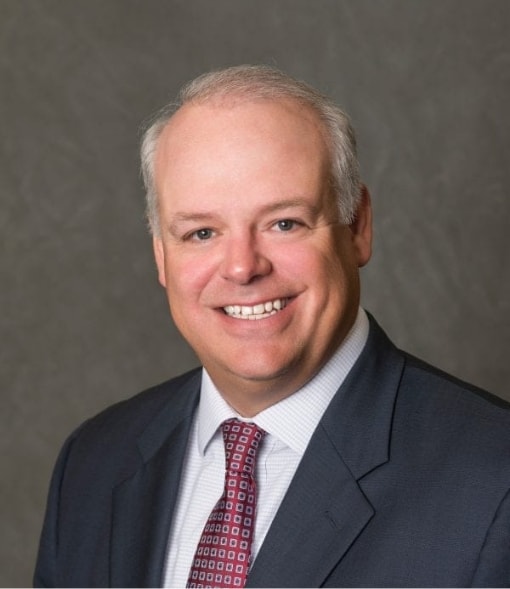 Mr. Hulett has led M&A transactions in a variety of industries including manufacturing/industrial, software development/IT, business services and value-added distribution. Prior to joining the firm, he held senior level accounting and financial management positions in both public accounting and large corporate environments. Mr. Hulett began his career as a Certified Public Accountant with MPP&W, a St. Louis-based public accounting firm specializing in middle market companies. He then held various management positions in internal audit and corporate accounting with a Fortune 1000 industrial manufacturing company and also spent nine years with Enterprise Rent-A-Car Company as a department manager in the Corporate Accounting group. Mr. Hulett holds his Series 62, 63 and 79 securities registration. Mr. Hulett earned a Bachelor’s Degree in Accounting from the University of Missouri, Columbia. 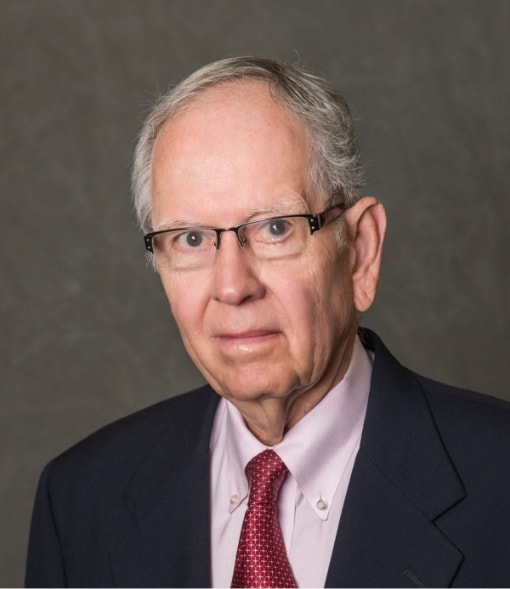 Mr. Hulett founded the firm in 1981 and has negotiated and completed more than 200 transactions throughout his career. He began his career as a Certified Public Accountant and practiced with Peat, Marwick, Mitchell & Co. in St. Louis as an Audit Manager and in New York as the Director of Training for Private Business. Mr. Hulett has also served as Chief Executive & Board Member for various middle market companies. As an educator, he was an adjunct professor at New York University and a tenured faculty member at Lindenwood University in St. Louis. He conducted training sessions for middle market CPA firms throughout the country for more than ten years. Mr. Hulett earned his BS/BA Cum Laude in Accounting from the University of Missouri-Columbia, and an MBA from Lindenwood University. 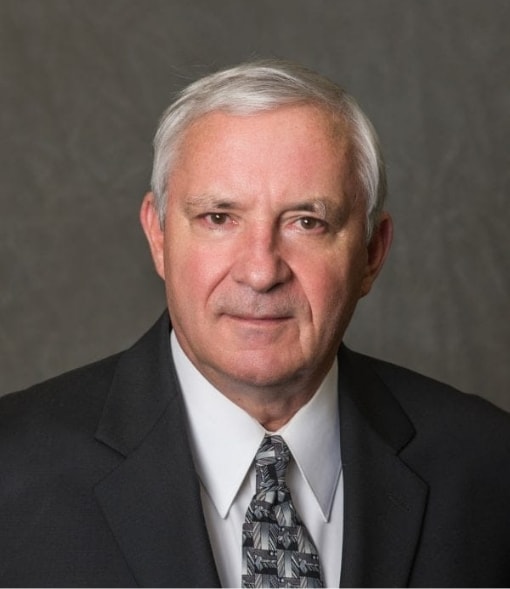 Mr. Vass has over 30 years of business management experience including more than 10 years as President of a highly successful consumer products manufacturing company with revenues exceeding $25 million. During this time, he not only reversed a declining sales and earnings trend, but increased both sales and operating income over 100%. In addition, he has spent over 20 years at the executive level of Vice President of Sales and Business Development. Mr. Vass also has experience in a number of other industry niches including: consumer products, commercial furniture and fixtures and metal recycling. He holds a Bachelor’s Degree in Economics from DePauw University and an MBA from the University of Michigan. 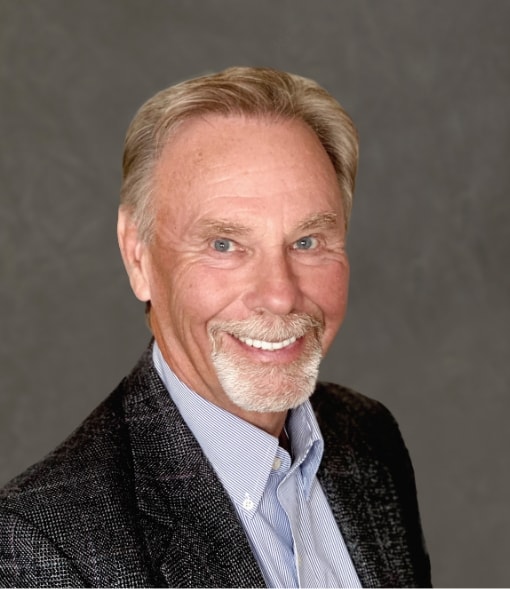 Mr. Litton has been advising business owners in mergers and acquisitions since 2013. His primary industry focus areas have included industrials, paper and packaging, distribution, energy, promotional products and direct to consumer e-commerce. Prior to 2013, Mr. Litton held a variety of C-level roles with several companies in the paper and packaging industry including Unisource, Maverick Paper, Universal Graphics and Sabin Robbins. He has bought and sold a number of businesses, advised in the sale of family/founder owned businesses, and advised in start-ups and turnaround situations for banks, owners, and private equity firms. He enjoys working with owners that want to sell or transition out of their businesses. Ron covers the Kansas City and surrounding markets for the firm. He graduated from Central Missouri State University with a BS in Graphic Arts Technology and Management. 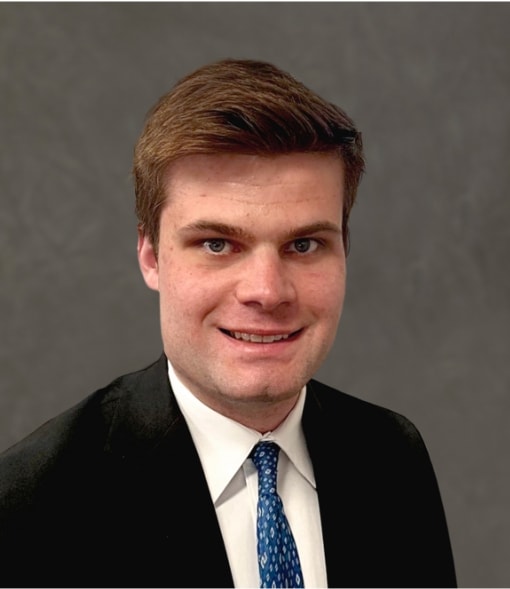 Ryan joined R.L. Hulett & Company in 2021 and provides transaction support for senior-level deal managers including financial modeling, valuations, industry research, offering memorandums and a variety of presentations. Ryan graduated with a Bachelor of Science in Management Degree with a major in finance from The Freeman School of Business, Tulane University. Prior to joining the firm Ryan worked as an equity analyst for Burkenroad reports, an equity research program that produces widely circulated financial reports on small- to medium-sized companies. During his time at Tulane University, Ryan was elected as Vice President of Administration for Tulane’s community government, took extensive courses in Investment Banking M&A transactions, and volunteered as a data analyst for American Red Cross. 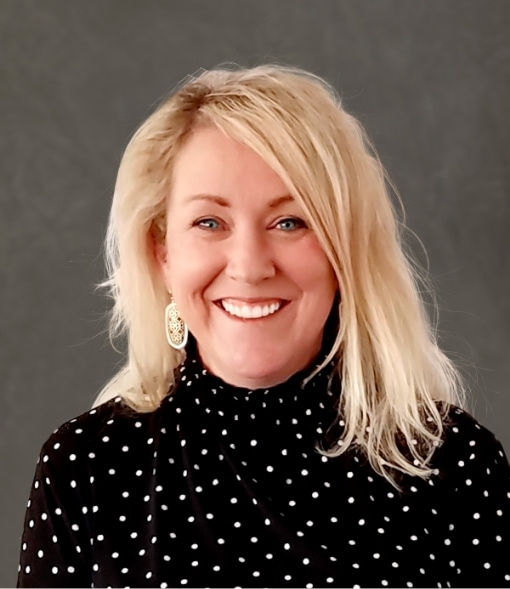 Lynda graduated from the University of Missouri – Columbia, receiving her business degree with an emphasis in Marketing.

Mr. Brown had a distinguished career in the electrical parts distribution industry. He joined United Electric Supply as a Sales Manager and became CEO in 1984. Under his leadership, the company established sophisticated computer systems that enabled it to deliver superior service and remain cost competitive. During his career, the company’s sales grew from $3.5 million to $70 million. In 2000, he presided over the sale of the company to Westburne Supply, a large publicly-held Canadian distributor. He has been a Director of several industry associations, including the National Association of Electrical Distributors and AAIM Management Association.

Mr. Lewis managed Systems Engineering and Marketing operations for IBM’s General Systems Division in Corpus Christi, Texas. From there he moved to Wang Laboratories where he served as District Manager overseeing Missouri, Kansas and Southern Illinois. As Director of Marketing, Mr. Lewis was a consultant for Kottmeier & Associates in St. Louis. Joining a heat management research firm, he served as President. Mr. Lewis holds a Bachelor’s Degree of Science in Business Administration from Washington University in St. Louis. He is certified in Production and Inventory Management by the American Production and Inventory Control Society (APICS).

Mr. Sheridan has held Chief Executive positions in middle market companies since 1968. He is President of NewMex International, Inc., a product design and development firm. He has strong business development experience, including turnaround work and buying and selling numerous businesses; and extensive international business experience, particularly in Asia and Latin America. He developed and implemented an Activity-Based Costing System for manufacturers. He holds a Bachelor’s Degree of Science in Mechanical Engineering from the University of Missouri-Columbia.

Get in Touch with Us!